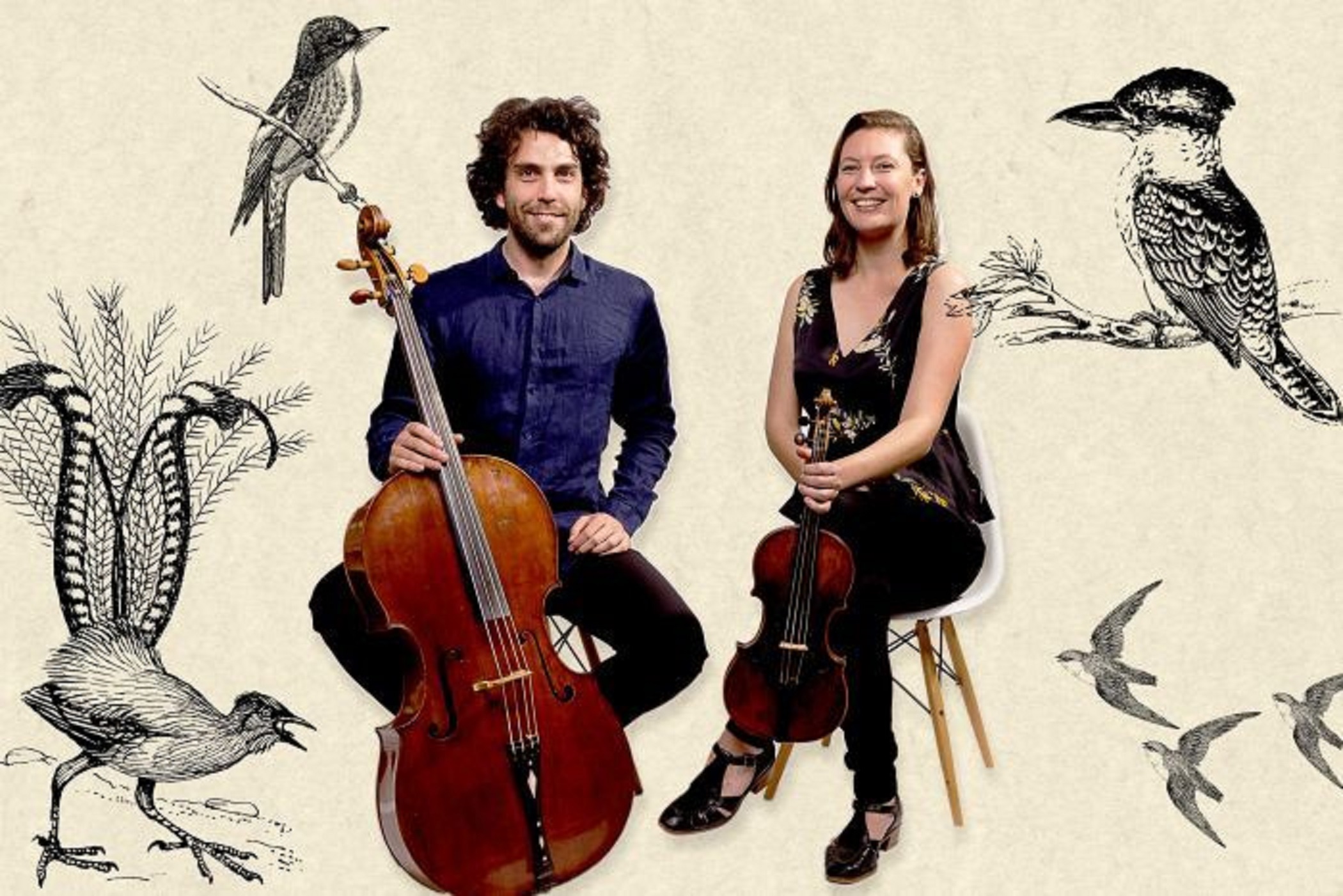 ‘Where Song Began’ is a musical celebration of songbirds, a cinematic concert experience not to be missed.

Performed more than 80 times in sold out halls and accessible for all ages, this work encourages the audience to contemplate the avian origins of song. The program includes music spanning 300 years, from Johann Heinrich Schmelzer and J.S. Bach to Arvo Pärt and new compositions, enhanced by a film of evocative visual projections and an immersive soundscape.

About the performers: Simone Slattery was a 2018 Churchill Fellow, received a Ph.D. in Music Performance from the University of Adelaide and performs regularly with Australia’s finest ensembles. Anthony Albrecht is an Australian graduate of The Juilliard School’s Historical Performance program and enjoys an international career.

Performance length: 60 minutes without interval, including a Q&A. For more information about this program visit www.wheresongbegan.com and www.bowerbirdcollective.org

Presented by the Bowerbird Collective