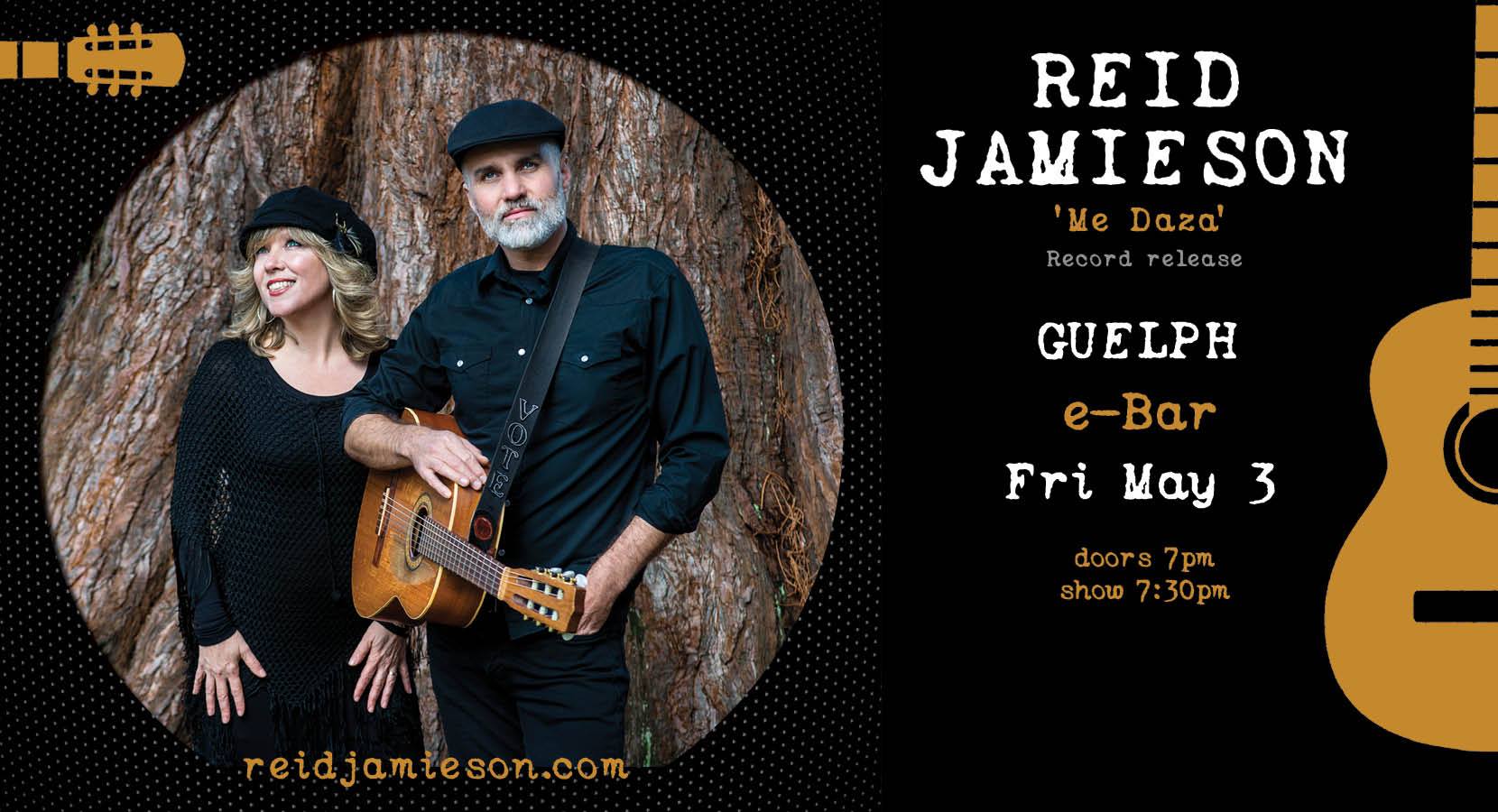 Vancouver’s Reid Jamieson is a vocal powerhouse committed to making music that matters and moves us, with compelling originals and killer covers of everything from 50s era gold to their latest tribute to Leonard Cohen. Known for regular appearances on CBC’s Vinyl Café with Stuart McLean, Reid has also recorded and performed with Cowboy Junkies, Sarah Harmer and Mary Margaret O’Hara among others.  Their new all original album Me Daza was recorded in Schull, Co. Cork Ireland last year with producer Kieran Kennedy (Maria Doyle Kennedy).  There is nothing traditional about this record, or this dynamic duo. Mature themes range from loving a woman during and after ‘The Change’, to Ireland’s abortion referendum, to coping with mental illness – call it a soundtrack for the second act.