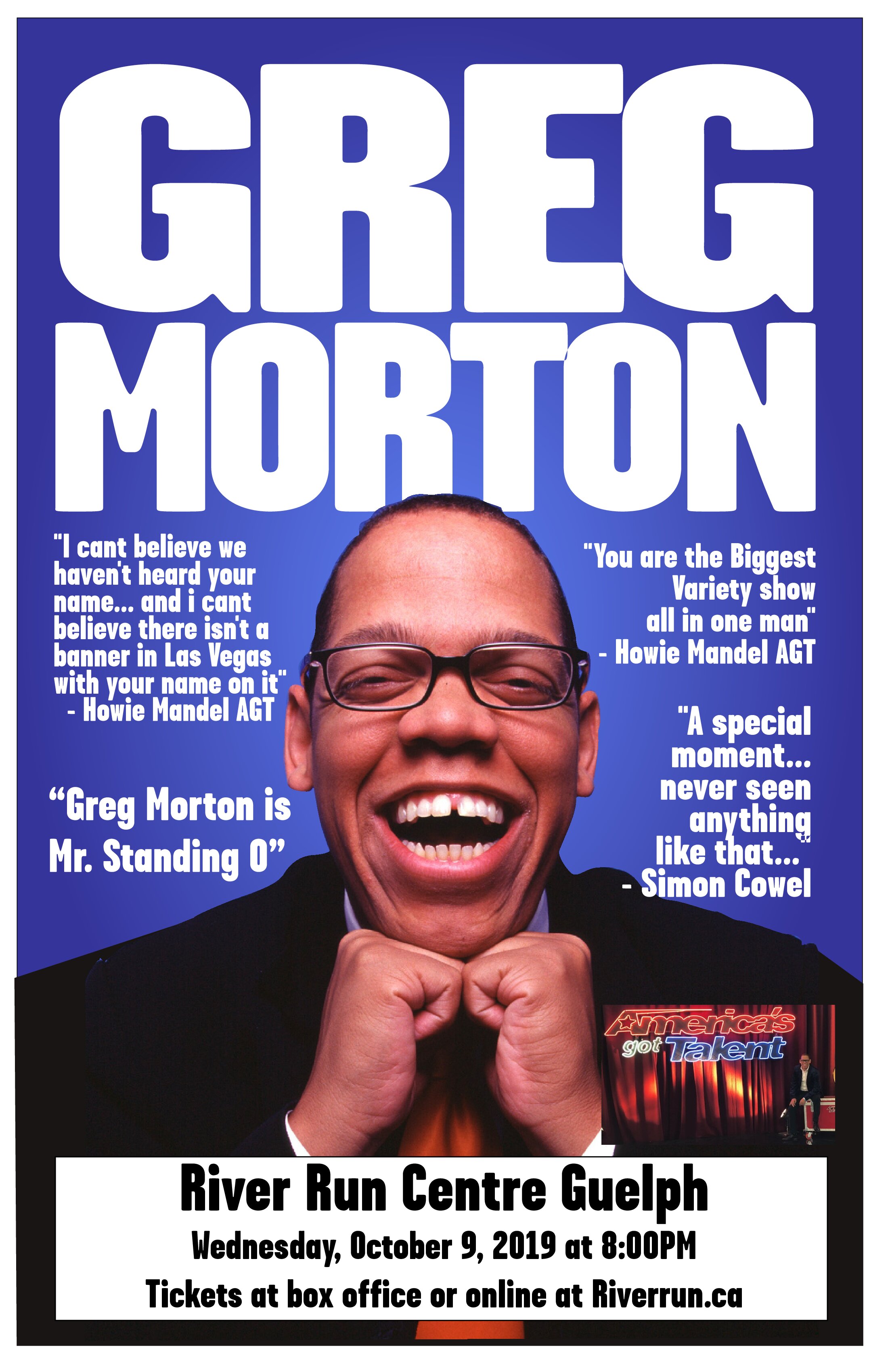 “The biggest Variety Show, all in one man.” ~ Howie Mandel

Originally hailing from Woodstock, Ontario, and now known as the ultimate stand up act at clubs, colleges, and theatres across the U.S., Canada, Australia, and The Uk, Greg Morton has earned his right to be called “Mr. Standing O.” His viral videos on YouTube have made him an instant sensation with over 4 millions views!

Morton has also opened for Celine Dione, Dionne Warwick, Harry Connick Jr. and Luther Vandross at Radio City Music Hall in New York City and is a four time veteran of the Just for Laughs Comedy Festival in Montreal.